Tianjin Dongda Chemical Group Co., Ltd was established in March 2,1998. It is a professional Food additives manufacturing enterprise which specilizes in research and development ,production and sales. The factory covers an area of 100 thousands square meters. Mr Fugui zhao is the chairman and general manager of Tianjin Dongda Chemical Group Co., Ltd.

At present, 80% of the products are exported to various regions around the world and accepted by all of clients. Among them,the United States coca-cola, Johnson and Johnson, Novus, French L’oreal, Taiwan Dacheng,Japan's mitsui, DIC, Haitian Group,Wahaha,Jianlibao and so many other famous company classified our company as a stable raw material supplier. The world’s largest chemical distributors Brenntag and Wego are the main customers of our company.

We have 1 state-level key new product, 15 invention and creation patents, 8 projects which have already listed in the science & technology development plan of Tianjin Binhai New Area, obtain 3 scientific & technological achievements with the world’s advanced level. Granular sodium benzoate which is our patent product has been named as “State level Key New Product” and was included in the country’s new products catalogue in 2007. We set up the “Food Additives R&D Center” together with Tianjin Science & Technology University and has obtained lots of scientific research achievements.

Our company is Tianjin high & new technology enterprise, and wins a title of “Little giant of Tianjin science & technology”. Our registered trademark”Wannianqiao” was appraised as Tianjin famous brand ,our products, sodium benzoate and benzoic acid are judged as tianjin famous brand products. The deputy secretary of the national development and reform commission,vice secretary of tianjin municipal committee,and chairman of the Chinese people's political consultative conference Mr He lifeng , Tianjin vice mayor Mr He shushan, the deputy director of The state intellectual property office He zhimin come to our company to investigate for many times, and all of them give us highly appreciation.

In order to broaden scale, we have collected land of 180 acres and invested RMB1.2 billions in NanKang Industrial Zone, Binhai New Area, Tianjin. In that place, we will yield 150000 tons of tech, food, feed and pharm grade benzoic acid, 100000 tons of food grade sodium benzoate and up & down stream series products . 40000 tons of Polyol benzoate ; 12000 tons of tech and perfume grade benzyl benzoate,10000 tons of benzyl acetate, 200000 tons of Benzonitrile,Benzoguanamine, Benzoic acid esters,Benzyl alcohol and other series products per year.With the development of our company, a complete industrial chain will be formed gradually, the annual output value will reach 5 billion. The construction has begun in Oct 29, 2009. The scale will be No.1 in the world.

By the moment, Dongda will be constructed into a iconic food additive enterprise with world advanced level and harmonious development of economic benefit, social responsibility and environmental protection. 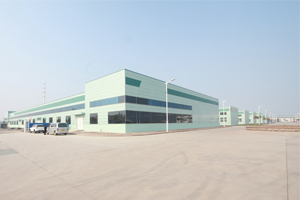 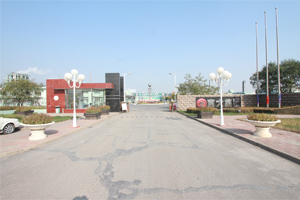 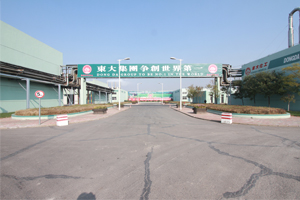